Traditional quilted with a modern flair

Josee brought me this gorgeous quilt to work on. I'm not going to lie...I may have been a wee bit terrified.
It's more traditional in piecing, design and colours.
And then she told me:  I want it quilted more modern.

And then I knew I could do it. 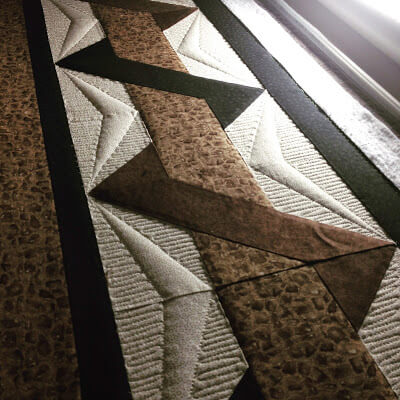 I started with figuring out the top border design -  I applied these ghost designs in the cream sections and that really set the theme for the rest of the quilt.  I knew I wanted to show that texture of the border - so I densely quilted the cream background,  medium quilting in that medium brown, and then light quilting in the darker brown/black so it showed that wrap around effect Again, keeping with the theme of making the piecing pop,  I densely quilting some areas (the cream) and let the darker colours pop. The border around the medallion echoed that 'ghost' shape... And in the medallion itself, I added a few subtle hints of that ghost shape again. The pebbling and the echoing around the piecing makes the medallion pop. 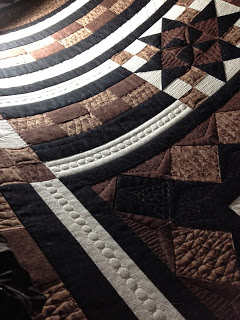 In some of the other areas, I did simple stitch in the ditch, pebbles, ribbon candy
figure 8's. 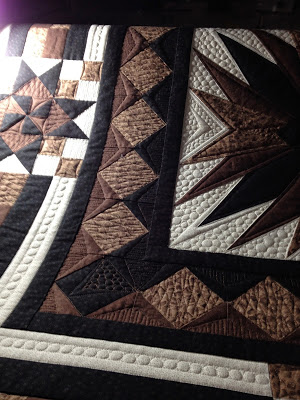 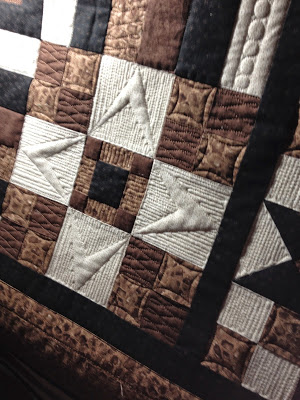 blocks with that 'ghost' shape again... 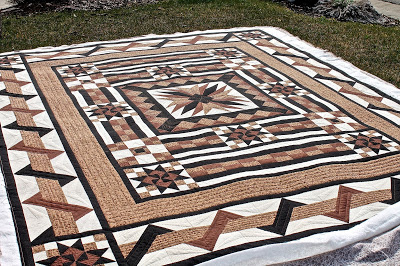 I also did a straight line quilting around the middle border to soften the other quilting.  The piecing on this quilt was so precise that it was fairly easy to get those lines accurate!


Quilt size:  83 x 104''
Batting: - provided by Josee - not sure
Thread -  Superior Magnifico in Medium Brown and Cream
Decobob thread in brown and cream in bobbin